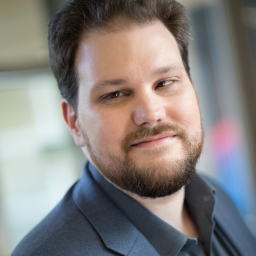 In July 2020, I started working on the build service I've wanted for 16 years: no change to your workflow, cooperates with existing build systems, handles multi-stage builds, works with any language, and the first version will support offloading builds to fast cloud systems to compile 12-120x faster than a developer laptop. My goal is to make waiting on a build as antiquated as the sound of a dial-up modem.

I'm a developer on the Rust project. I co-lead the Rust language team, and work on the Rust library team and the Cargo package manager. I care about building welcoming, inclusive communities that lift people up. I love building solutions to systemic problems.

I completed a PhD in Computer Science at Portland State University, on scalable concurrent programming techniques, based on Read-Copy Update (RCU)

I co-maintained the X C Binding (XCB) and the Xlib library. I developed the XML-XCB format to describe the X Window System protocol. I also worked on other Xorg projects at freedesktop.org.

I maintained the Sparse semantic parser and static analysis tool for C for several years, before passing it on to Christopher Li.

I worked on the office suite now known as LibreOffice. Long ago, my first major Open Source contribution was to remove the need for Java in its build system, back when Java was still proprietary.

I ported Python and ACPICA to GRUB2, to provide an interactive firmware exploration/test environment, including a Python network stack for UEFI, and the ability to call UEFI functions from Python using libffi and ctypes.

I've done some work on the Linux kernel. I originated the Linux "tinification" effort to reduce the size of the kernel.

I previously worked for Intel as a Principal Engineer. I was Intel's lead software architect for Chrome OS.

Before that, I worked on Real-Time Linux and RCU, for IBM.

I co-developed the first resource monitoring support for the Xen hypervisor, as well as the xentop (AKA xm top) tool built atop it.

I launched Linux-powered rockets with the Portland State Aerospace Society.